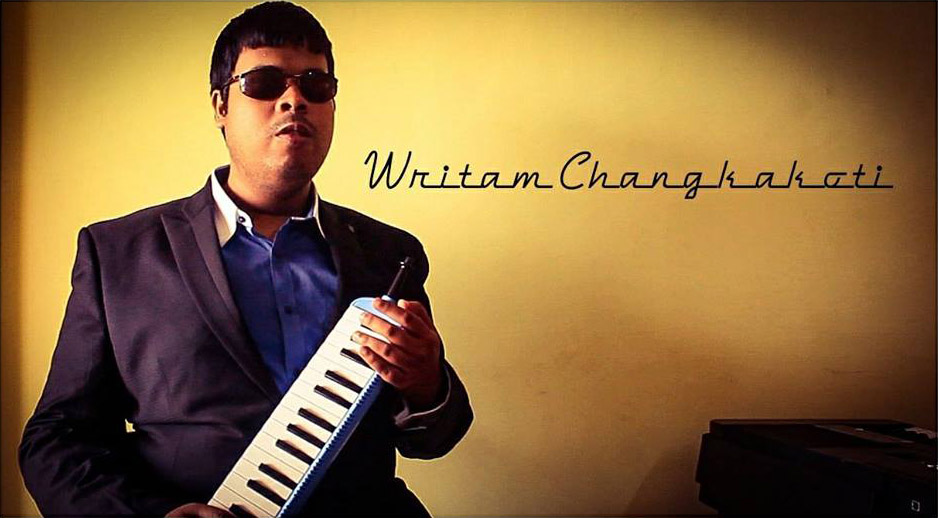 We are pleased to inform that the amazing super genius Multi-Instrumentalist/Producer Writam Changkakoti has recorded some beautiful Tabla parts in one of our songs from the upcoming album. Here, you can see a glimpse of Writam’s tracking session in a studio in his native place. Now let’s give a short introduction about Writam.

Writam is a God Gifted Genius multi-instrumentalist who is not only a Maestro of Tabla but also of Piano/Keyboard. Writam is blind since he was born but the way he imagines music and spirituality is simply beyond amazing. I met Writam recently after years of email exchanges since he messaged me saying that he is a big fan of Amogh Symphony. When i discovered Writam’s music online, i was deeply touched and inspired like never before. Listen to Writam’s music on this link.