First of all, thanks to each and everyone of you for the kindness, love and support we receive. There were delays with releasing the new album but not anymore. We are taking second opinion on the mixes(the band mixed the album) with mixing and mastering engineer Venkatesh Iyer who is nothing but a pure genius in his field. Derick and I have worked with Venky on Gangs of Wasseypur soundtracks, MTV Sound Trippin’ and Superzero’s debut single before. We are very excited about the mixes now. We are learning a lot of new things from him. We have posted about our former member Jim Richman’s departure from the band few months back but since last 2 months we’ve been receiving screenshots and messages from our friends and fans of Jim putting up negative posts about me and the band on facebook group (Jim has blocked all four of us from seeing his profile and his posts). We won’t go into details about the issues we had with him and would like to put the unprovoked drama behind us. But with respect to past friendships a short explanation is required so here goes. 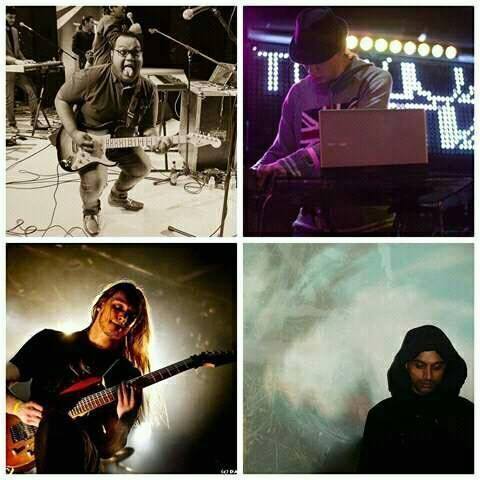 It was a very simple situation of creative and artistic differences and Jim decided to call it quits so we respected his decision and mutually agreed to part ways . Following which a whole load of drama ensued with me(Vishal) personally being attacked, online discography disappearing from Apple Store, Bandcamp, Amazon, CD Universe and friends/fans being abused, disrespected and blocked for supporting us.

We would like to inform our friends that personally, we have no ill will against Jim. We apologize to fans for the unfortunate drama that followed Jim’s exit and would like to wish him well…

UPDATE: Since Jim left the band, I have performed and recorded drums myself(my first instrument is Drums). It’s a great challenge to wear Jim’s shoes but at the same time, it’s a great opportunity for me to bring back my drum chops, freshly write new drum parts. Guitarist/Oud player/Producer Tom “The Fountainhead” Geldschlager who’s joined us a few months back has written and recorded some incredible Oud/Guitar parts with us in a very short time. We also have a super guest drummer in this album, whom we will write about in our next album update. We are, at the moment, looking for booking agents and PR companies who can arrange a tour for us. There is a special surprise for our fans and friends in India and we are looking forward to meet everyone. Watch this space for more update.

To contact us for shows, drop us a mail at contactamoghsymphonymusic@gmail.com :)

Thank you everyone. Hope you guys will love the new album.